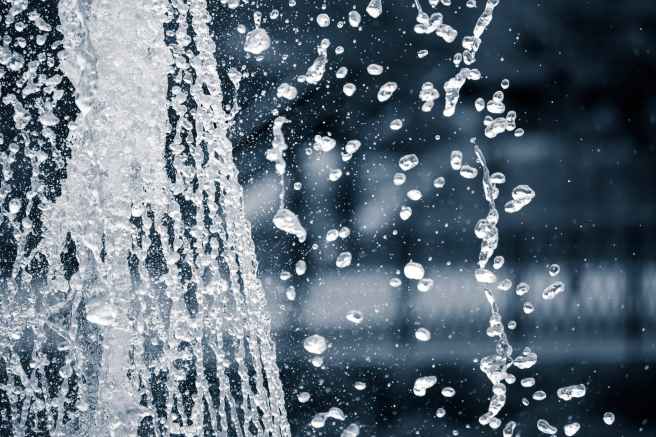 As you listen, as their tales unfold, you slip into a revery. Neural pathways in your mind sorting out what is relevant to you. Picking at my nail varnish, crossing and uncrossing my legs, shifting in my seat. Busy little synapses, ‘scrap that’, ‘nope, no recognition there’, ‘fuck sake that’s not me’.. until there’s a whir.. a little shake up, ‘Got one!! Got one! Store that shit!’.. excitedly the recognition is put into a little box, ready to be used later. There were a few tonight. The metaphor of the mind like a washing machine, except mine is stuck on spin.. 1400 rpm. As I walk home, it’s slowed but there is a definite residue slipping out of the soap drawer. I realise that these past few months, I haven’t cleaned my mind. Mould and gunk building up, slowing the release of the water to clean the insides of the machine. But still I poured more detergent, more fabric conditioner inside, in the desperate hope that those clothes would still smell nice and good and everything that they should. Until the machine broke. I feel like an excited washing machine purchaser who has just been to a conference about buying new washing machines and fixing the ones that can be fixed. I have a little skippity skip home clutching my new manual that has been so kindly bought for me and I, for the first time in months, can see a future that is not only bright but fucking luminous.

It is tinted with a sadness, so deep it aches. My insides churn at the thought of their pain. My pain. I have left someone behind, their machine is still broken and as we spoke tonight about remembering those with broken machines, tears slid down my cheeks. Apparently you can’t fix other peoples machines, they have to do it themselves. I don’t like that. In my Utopia I would be the Ultimate Repair Woman.. fixing machines with abandon.

But instead here I am, alone with Tarka And Qara, 2 of the Greatest Cats Known to Catkind, sitting in silence, recording my feelings about going to the first ever washing machine fixing conference where I acknowledged that I, Chloe, had a broken washing machine. Strength is building and whilst I know that there is a long road ahead, I am hopeful and grateful to be walking it.

Photo by Hilary Halliwell on Pexels.com

I have been found out. Yep, no longer able to hide behind functioning alcoholic… now just alcoholic. Intervention has been staged and I rattle inside my house as my mess is mopped up behind me. The MO’s birthday ruined by the dry retching he can hear and the tears that steadily fall. The kids still here but being looked after by a ‘sound’ adult. A GP review has confirmed I need help and I await to self refer on Monday to a local organisation. I can’t face an AA meeting tonight. Maybe tomorrow. I tried to discharge the brakes as I landed but they wouldn’t budge. The final blackout too much for my fragile mind to contend with. Like sailors on the dockside, watching their boat submerge “she’s going under chaps! She’s going under!”, my brain cells giving way. I can’t speak these words. Only write them. I can’t stop the tremors or quieten the heart but somewhere, in between those clouds, a glint of light catches my eye. This is my rock bottom. I have found it at last.

Today has been the first time that I have ever had the slightest inkling of what it is to experience Christmas when you don’t want it. When you aren’t ready for it and when it doesn’t fit.

There is a strange atmosphere in the house. Just me and the boys trying to be festive. The EO has been granted the freedom of staying somewhere light and airy until I collect her tomorrow (Xmas day). The feeling of guilt precipitates the urge for annihilation but is controlled by the frontal cortex. Most of the time. I wonder what mess I would be in if I was on my own this evening. To what lengths would I attempt to block out the screams?

I count the previous years when Xmas managed to fit. Sometimes a bit baggy or maybe on the toight side.. but fitting nonetheless. This year, it’s like it hasn’t even been sewn together.. the sides flap in the emptiness.

Now in London, it’s Boxing Day. I have spent some glorious time with my very funny younger brothers.. reducing me and the EO to squealing “Stop it! We have weak pelvic floors!”. Even watching Hereditary failed to scare, the constant narration in the room wondering why the 16 year old son looked like he was an adopted 30 year old instead. The most amazing food cooked by my stepdad.. I managed to forget my Shit Vegetarian status once more.

The anxiety still bubbling away like a pan on simmer. As the boys and I leave late to go to their friend’s annual Xmas day party, I feel the panic and wonder if I will have to leave. Instead I was greeted with such enthusiasm from their school hood friends, some of whom referred to me as the Illusive Sister. Getting back after 6am probably sums up how much fun it was. Discussing so many topics from North Pole marine conservation to how not to fall for inappropriate people with another girl, 10 years junior.. who is entering the similar whirlwind that I am untangling my battered emotions from . And now? Still crying. Happy that I could forget just for a short time, how raw and vulnerable I am but now the hangover adds to the agony. But I might just get to a meeting tonight. Sobriety, I hope will be less illusive than me.

And tomorrow as I drive home, maybe the longing to drive into a wall will be less demanding.

As I am driving, I feel a surge of anger and pain. Grief, it swells and builds like a wave, gathering momentum until the only exit is via my mouth… I scream as sobs escape. Tears streaming down my face as I try and ensure that I can see where I am going. That I can manage to get to the destination without causing an accident.

This has been my reality so, so many times over the last year. I feel like my insides are barren. Each time new growth occurs, another wildfire rips through burning everything in sight. I crawl through the burning wreckage, realising that my wreckage is nothing in comparison to some.. but it is still real. It is still burning. It still burns.

Each decision I make is done as if under water. Muted, muffled and without clear direction. Something innate within me pushing me ahead.. one step closer, one step nearer the end goal.

This year’s emphasis has been on loss. Loss of those close, loss of those dear. Loss of control. One foot I put in front of the other.. slowly treading. Slowly hoping that instinct will guide me to the end goal.

I sit here with the Xmas tree lights glowing, cats finally happy next to me on the sofa (no dog in sight) and I pray that 2018 can slip by, its final moments without any more pain. As the lights twinkle, I hope that each tiny surge of electricity is an indication of new life, new goals, new hope.

Understanding ourselves and the world we live in.

If you feel our Vibe then join our Tribe

Confessions of a Doctor to be
TheDistractedMsDickson

Tales from the mouth of a wolf

How I Killed Betty!

Mad as a box of frogs? Most probably ... but if I can’t be perfect, then I’ll happily be fabulously imperfect!

The Mum on the Run
Life, kids and a glass of red

The laughs of life with kids

The Art and Craft of Blogging